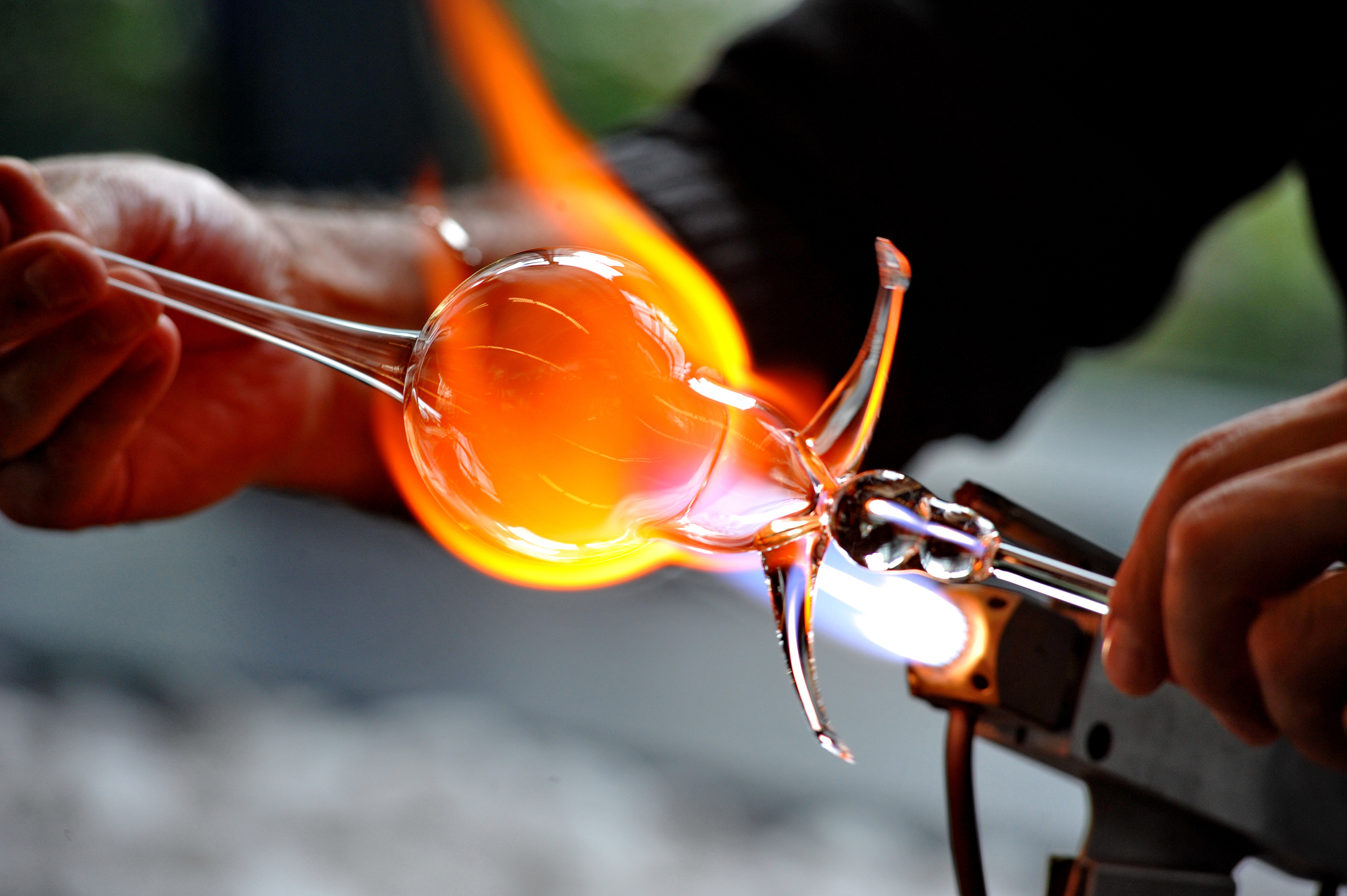 Glass is the most remarkable material that has been a force of change all around the world. Whether packaging material or building material like windows or glass door, you will find glass everywhere.

Have you ever imagined how signals of light move about 125,000 miles per second? This glass has made it possible for these signals of light travel through fibre-optic cables. These are lined in oceans and seas. These fibre optic cables are made of hair-thin glass, which is 30 times more transparent than the purest water. Corning Incorporated made it possible for all of us. In 1970, they patented a cable type that could transmit large amounts of information long distances. Later on, other researchers built and worked for decades.

If you are reading this on your smartphone, then you will be surprised to know that Steve Jobs asked Corning to make a very thin, strong screen for his iPhone in 2006. Gorilla Glass came into existence that dominates the market for mobile devices now. It is thin, light, and damage-resistant.

Glass in its Developmental Phase

To everyone’s surprise, it’s just a beginning. You will find that the world would be unrecognizable without glass. Whether it’s about the solid qualities or its liquidity, you will find infinite varieties of glass. Do you know that there are 350,000 types of currently known glass? These are just the principal, the number of mixtures is infinite. Upon this, you will notice a surprisingly wide and active field of research. It produces a great number of products which makes Glass the most sought after substance without which it is difficult to imagine the world.

Mathieu Bauchy, a glass expert and materials researcher at UCLA says, “We’ve been making glass for thousands of years, and we still don’t have a good idea of what it is.” If we talk about the glass mixtures, most glasses are produced on heating and, then quickly, cooling a mixture of ingredients. Flat glasses which are used in windows and glass repair may include a mixture of sand (silicon dioxide), lime, and soda. According to Steve Martin, a glass scientist at Iowa State University, silicon is used to give transparency, calcium to strengthen it, and soda to reduce the melting point. Moreover, the swift cooling process doesn’t allow for atoms to form a regular pattern.

You would also find obsidian another category of glass which was fashioned into tools early in human history. It was probably first manufactured in Mesopotamia which dates back to more than 4,000 years ago. If you know about ceramic-glaze production, it was its offshoot. Karol Wight, the executive director at the Corning Museum of Glass, says, the first glass objects consisted of beads, amulets, and rods, often coloured with added minerals to look like other materials after the technique spread in ancient Egypt.

How and When Glass Became a Serious Trade?

According to Karol Wight, craftsmen began making small vessels like vases by the early second-millennium b.c. Archaeologists found cuneiform tablets that revealed the recipe for such materials. However, these were written in cryptic language meant to conceal trade secrets.

The first big innovation came with glassblowing in the first century b.c.in Jerusalem. Soon the Romans knew about making glass relatively clear, and then the first glass windows appeared. Within a couple of centuries, Romans began mass production of glass at an industrial scale, and it was widespread throughout Eurasia.

Romans created the Lycurgus cup, which is a fourth-century goblet. It appeared jade green when lit from the front but blood-red when backlit. According to Research, it happened due to the presence of silver and gold nanoparticles. These particles change colour depending on the observer’s location.

By the High Middle Ages, Europeans started producing stained glass. The churches in Western Europe had magnificent paintings-on-glass. It taught church catechism to the illiterate masses.

Windows in the Roman times were expensive and hard to come by. However, it changed after the construction of the Crystal Palace for the 1851 Great Exhibition in London. This massive structure contained nearly 1 million square feet of glass. People began to realize the power and beauty of windows that influenced architecture and consumer demand down the road, says Alan McLenaghan, the CEO of SageGlass. As the Crystal Palace burned to the ground in 1936, windows became much more affordable. A British glass company Pilkington invented the float-glass technique, which simply created flat planes of glass by floating them atop molten tin. It facilitated emergency glass repair in modern times.

Interestingly, long before windows came in existence northern Italy had the first spectacles at the end of the 13th century. The invention paved the way for more advanced lenses, which would enable humans to see unfathomable things. Nearby the 1400s, borrowing techniques developed in the Middle East and Asia Minor, Venetians began making Cristallo, a very clear glass. Glassmakers had to ensure secrecy as it was a matter of life and death. However, they enjoyed a high social status and faced execution on leaving the Venetian Republic. That’s how the Venetians ruled the glass market for the next 200 years. They also created the first mirrors made of manufactured glass.

After the invention of mirrors, telescopes and revolutionized art was next to come that allowed the Italian painter Filippo Brunelleschi to discover the linear perspective in 1425. This somehow changed the conception of the self. According to the writer Ian Mortimer, the concept of individual identity didn’t exist before glass mirrors, which allowed people to see themselves as unique and separate from others.

Around 1590 there was a discovery that suggested glass also allowed for magnification besides reflection. A father-son team Hans and Zacharias Janssen invented the compound microscope. The microscope had lenses at two ends of a tube that produced a nine-power enlargement.

Leaping forward a Dutchman, Antony van Leeuwenhoek, developed new ways of polishing and grinding lenses. He was a relatively uneducated apprentice in a dry-goods store who used to count threads in cloth using magnifying glasses. He created a device that magnified images up to 270 times. Further, he accidentally discovered microorganisms like bacteria and protists, in the 1670s.

Robert Hooke who was an English scientist, improved upon van Leeuwenhoek’s microscope as he reconfirmed these findings. He authored Micrographia, the first book about the microscopic world. The book had beautiful sketches of previously invisible sights, such as the texture of sponges and tiny creatures like fleas (“adorned with a curiously polished suite of sable Armour, neatly jointed,” he noted). As he peered at the cork through a microscope, he saw a honeycomb-like structure that reminded him of monastery cells. That’s when he coined the term “cell.” This led to further advancement in the field of science.

The development of clear glassware and equipment like beakers and pipettes was a great advancement. It enabled all of us to measure and mix different materials and subject them to different pressures. These glass tools paved the way for the development of modern chemistry and medicine. It also led to advancements such as the steam engine and internal combustion engine.

After microscopes and cylinders, the world saw further advancement with the invention of the telescope. However, who invented the telescope is still a debatable subject, the first records show up in the Netherlands in 1608. They became famous a year later when Galileo Galilei improved the design and began observing the heavens. The following year he watched the moons of Jupiter, and in the long run, understood that the geocentric view that had held influence since Greek occasions didn’t go well. A 1616 Inquisitorial commission announced heliocentrism to be “silly and absurd in reasoning, and officially unorthodox since it expressly negates in numerous spots the feeling of Holy Scripture.”

If we look up to the coming time the influence of glass material doesn’t show any signs of waning. Leaping forward, researchers hope to develop something unmatched. Whether it is using glass to bind up nuclear waste, make safer batteries, and fashion biomedical implants there’s a lot to come. Engineers are also attempting to make modern touch screens, self-tinting windows, and truly unbreakable glass.

The glass material has facilitated so much human activity and progress. You need to open your eyes and peep through the history of how the world has changed since it came into existence. Whether it is for beautification or enhancing functionality, our world is incomplete without it. Damn Glass!

Are you looking for glass installation or replacement for your residential building, office, or commercial setting? Call us for emergency glass repair Picton, available 24/7 Sydney wide. We help you when you need a glass and you need it fast!